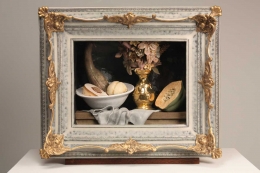 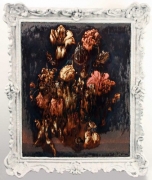 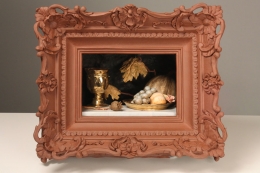 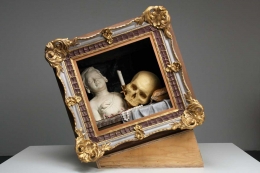 Dirk Staschke is best known for his exploration of Dutch Vanitas still life themes in the medium of ceramics. His current body of work explores the space in between sculpture and painting. His work often uses meticulous representation as foil for examining skill and craft.

He received his BFA from the University of Montevallo followed by an MFA from Alfred University and has maintained an ongoing studio practice and extensive exhibition record for the last twenty years. During this time, he has taught at many notable universities, including Alfred University and New York University. His work has been shown internationally and resides in the permanent collections of several museums including the Smithsonian Museum in Washington (DC), Icheon Museum, World Ceramic Center (Gwango-dong) South Korea, Portland Art Museum (OR). He has received various artist’s grants including grants from The Virginia Groot Foundation and the Canada Council on the Arts.

He Currently resides in Portland Oregon where he is a full time studio artist.